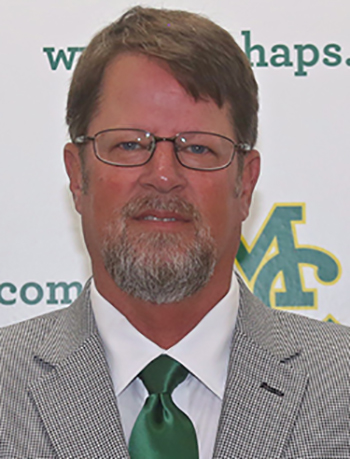 Walt Williams is a native of Snyder, TX and is a graduate of Snyder High School. Collegiately Williams played for McMurry University under the guidance of Tommy Estes.

Following his college playing career, Williams worked as a club professional throughout the state of Texas. He began his coaching career at Sam Houston State University, where he guided the Bearcats to a conference championship and three appearances in the NCAA Regionals in six years.

Following his time in Huntsville, Coach Williams moved on to the PAC-12 and Washington State University where he coach women’s and men’s golf for 13 years. While at Washington State, Williams led the Cougars to 12 NCAA Regionals appearances and one appearance in the NCAA National Championships. Williams was integral in the development of his players, with 24 earning All-PAC-12 honors and four NCAA All-Americans.

After more than a decade in Pullman, Williams returned to his native Snyder (TX) and two years as head women’s and men’s golf coach at Western Texas College. At WTC Williams coached teams won both a conference and a regional championship, finishing in the top 5 nationally in both years. Williams had a total of 15 All-WJCAC players, including eight NJCAA All-Americans as head coach of the Texans.

After two seasons at WTC, Coach Williams moved on to two highly successful seasons at the University of Louisiana-Monroe, beginning in 2014-2015. Williams, who served as Director of Golf at ULM, guided the Warhawks to a third place finish in the Sun Belt Conference Championships in 2015. The team also had four, top-five finishes that season. While at ULM, Williams saw three of his golfers earn All-Sun Belt honors.

Immediately prior to coming to Midland College, Williams coached both the women’s and men’s golf teams at LeTourneau University in Longview, TX where he guided the Yellowjackets to two highly productive seasons.